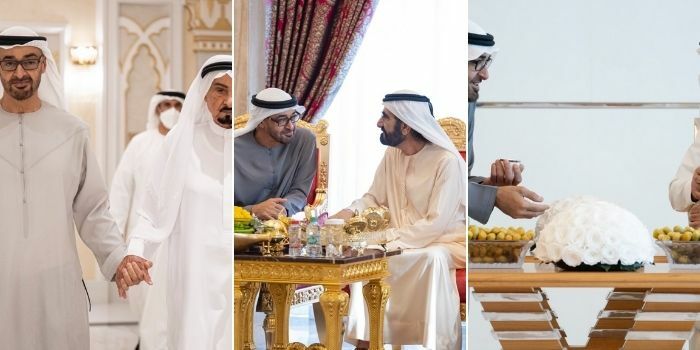 He visited the rulers of Dubai, UAQ, RAK, and Fujairah too

#UAEPresident visits Mohammed bin Rashid, as part of His Highness’s fraternal visits and consultations with the rulers of the Emirates.#WamVideo https://t.co/C7O4MTJh7i pic.twitter.com/nWYERdGnex

…where both leaders wished each other continued welfare, and unified growth for the UAE. A few issues were also touched up on, in which both leaders discussed the enhancement or development together.

I was pleased to meet with my brothers, the Rulers Mohammed bin Rashid, Hamad bin Mohammed, Saud bin Rashid and Saud bin Saqr. Our discussions focused on ways to support and empower the people of the UAE, build on our nation’s achievements and realise our development ambitions. pic.twitter.com/Gqmn7QhDbF

Through the Ministry of Health and Prevention, the UAE ensured the nationwide availability of the COVID-19 vaccine to all members of society. This allowed widespread immunity and controlled the spread of the virus.