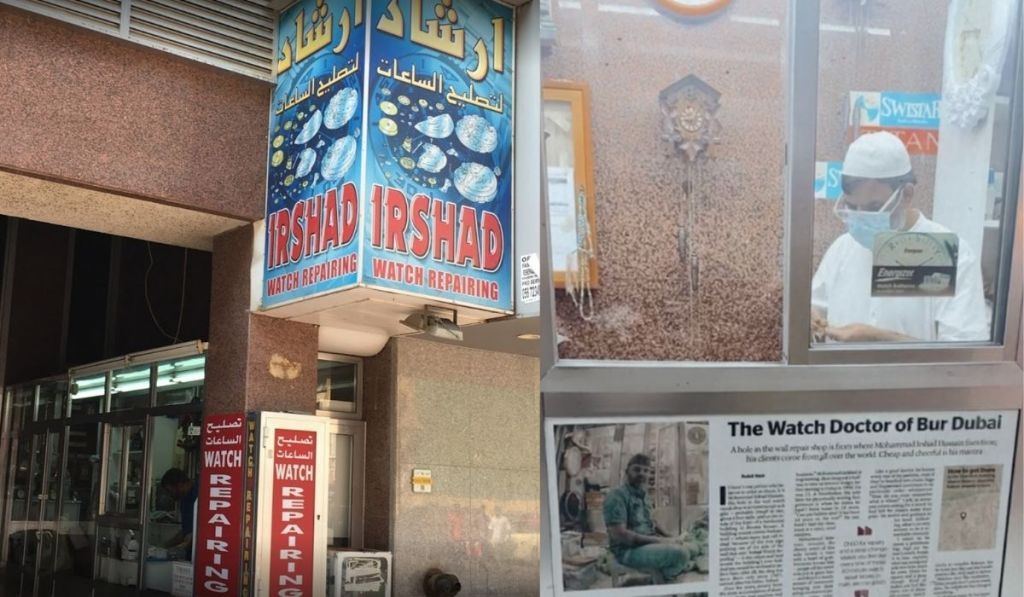 After leaving Irshad with a genuine smile on my face, an inkling had me clicking on his watch repair shop’s Google reviews, leading not to a surprise but an agreement.

We’ve seen all the hidden gems, these cafès and their molten lava cakes, or those road trip worthy spots a little outside the city but let’s bring it back to a TRUE hidden gem for all watch lovers: Mohammed Irshad Hussain.

The ‘watch doctor of Bur Dubai,’ as Khaleej Times once coined him perfectly describes the nature of Irshad’s watch repair shop, all it takes is one look at your timepiece and it’s practically fixed five minutes later.

Located in a quaint, small space in a Meena Bazaar building is the home of ‘Irshad Watch Repairing,’ a place not just residents have called the ‘hero’ of watches, but travelers too. 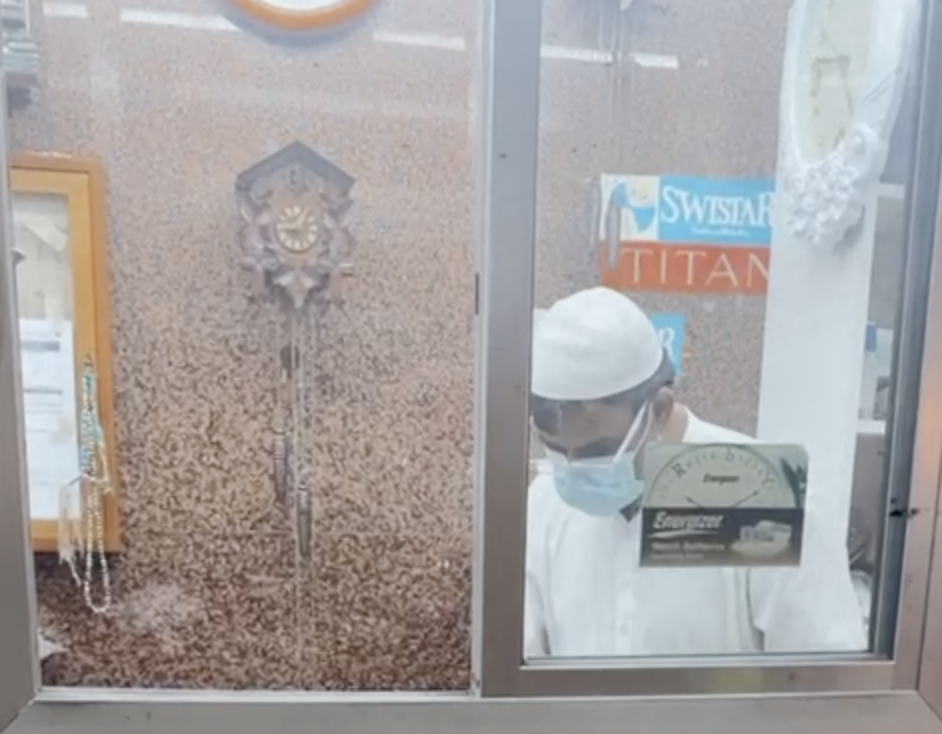 At least, that was the case with my first experience, the craftmanship at Irshad’s is truly something to praise.

Getting three watches fixed for less than AED50 didn’t seem like it was enough for the top-notch customer service, genuine humility, and professionalism I received.

I’m not the only one who can tell you that 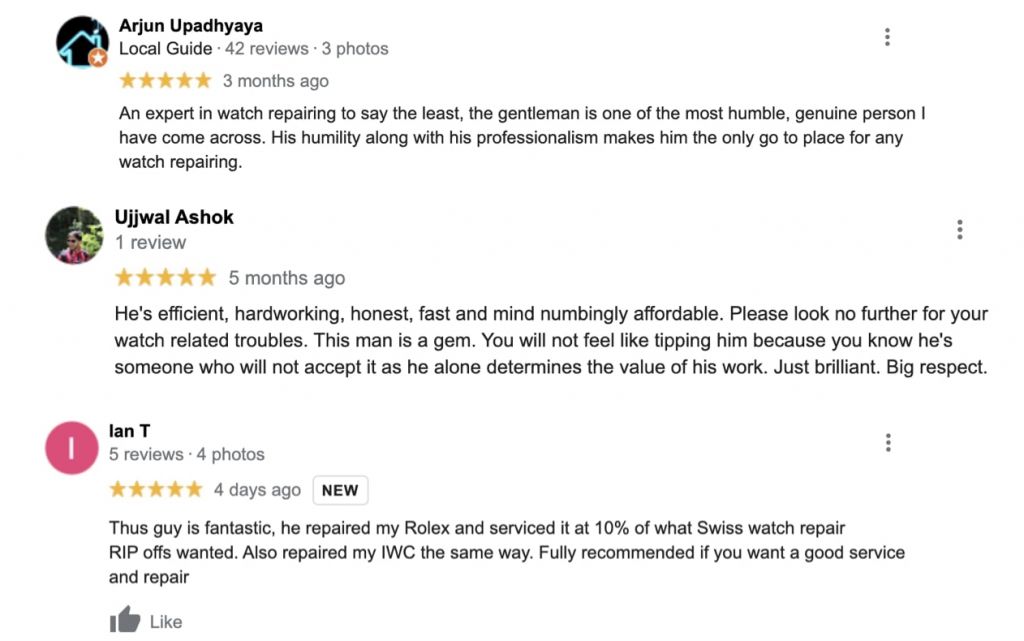 Irshad’s watch repair shop has been up and running since 1987, with frequent customers still driving long minutes/hours because they won’t trust anybody else to date.

Known for its unbelievable affordability, humble and cosy set-up, and the authentic interaction a customer gets from Irshad himself, it’s truly no wonder it hasn’t faltered. 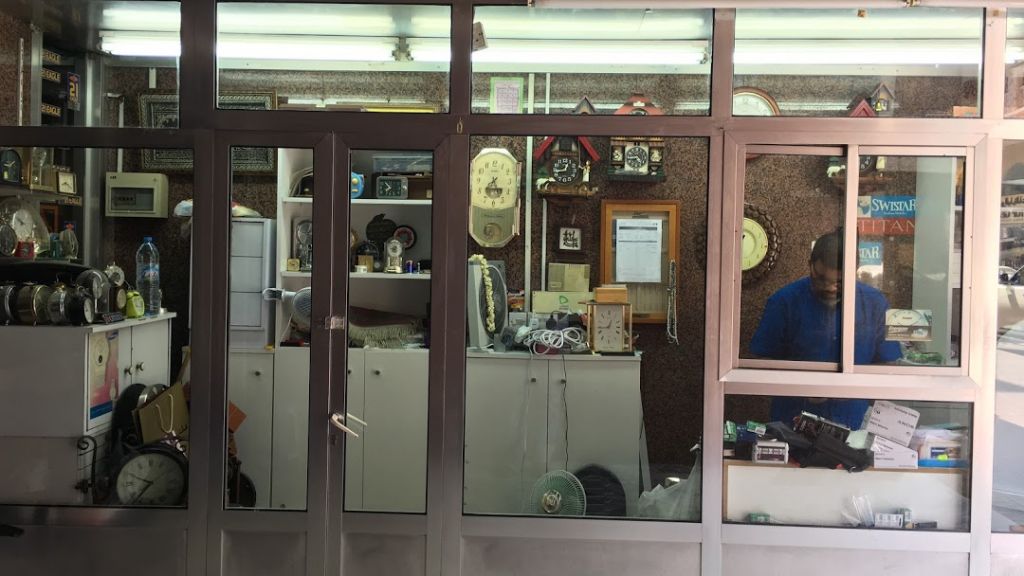 The next time you want your timepieces to receive some TLC, head on over to Irshad’s

Time is ticking, grab your Rolexes or antique clocks and get them some love and repair from Bur Dubai’s best.

Call these digits if you wanna make sure of the time and location: