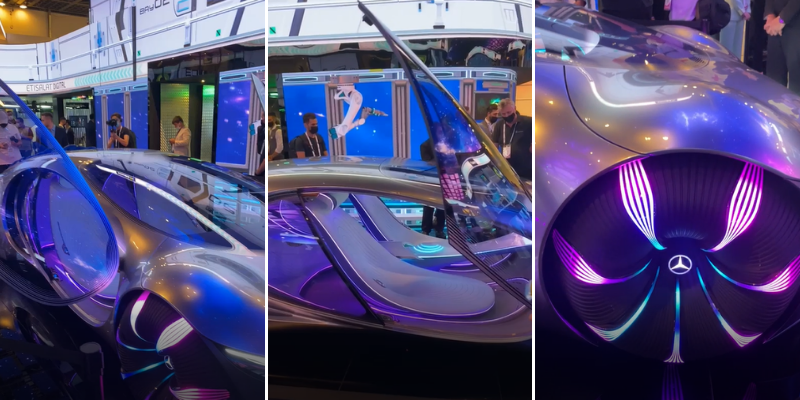 GITEX GLOBAL kicked off today and some serious tech is on display. Over 3,500 companies from 140 countries are participating in the tech exhibition. There were a lot of things in the exhibition that were pretty cool and one thing that was a major crowd puller was a concept vehicle by Mercedes Benz.

This vehicle called the VISION AVTR is actually inspired by the movie Avatar. Even a team from the movie apparently worked on designing this car.

It even has a “crab movement” where it kind of moves sideways just like a crab does – on tires though.

If you see in the movie they often refer to a bond that takes place when two creatures of Pandora connect their queues. They have something here called digital neurons that work in a similar way. You’ll have to communicate with the vehicle through the center console, which explains why it lacks a steering wheel.

UAE is just the third country that this car has been to.

So, if you’re a car enthusiast or simply enjoy futuristic stuff, you already know where to go.