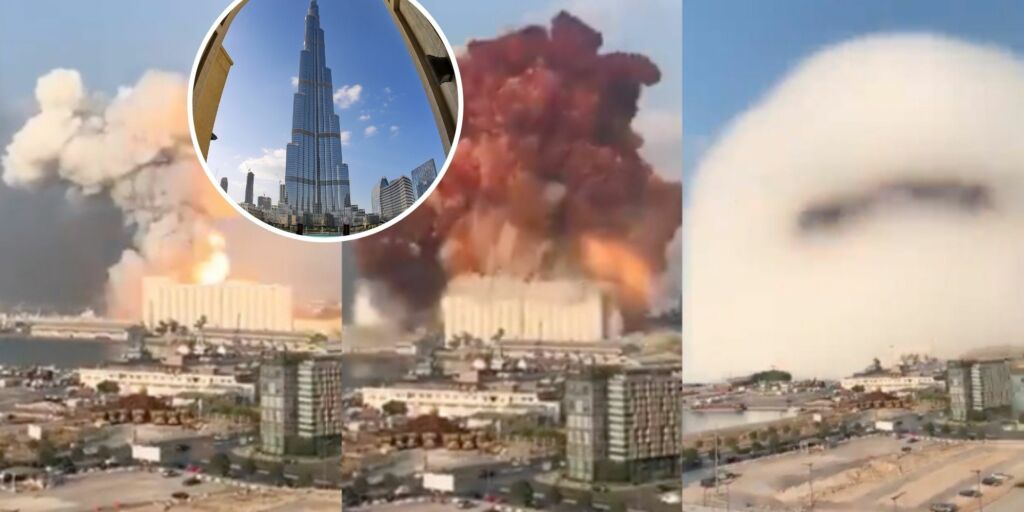 The Beirut Port explosion (deemed as the largest non-nuclear explosion in global history) marked its 2nd anniversary on Thursday, August 4, and victims are still paying the price.

The detonation of tonnes of ammonium nitrate stored at the port warehouse is what resulted in the devastating blast that sent shockwaves through the city, killing at least 220 people, leaving over 7,000 wounded, destroying 77,000 apartments and displacing over 300,000 people.

The Beirut blast survivor shared her account and explained how “the actual moment of impact has been completely wiped from my memory. I don’t actually remember how it happened,” she said. “I just remember closing my eyes for a second and then opening them, and the entire office and everything outside was demolished.”

“I just remember the dust in the air. I don’t remember anything hitting me… I was crawling on top of shattered glass and I remember I got cuts all over my hand because of that”

“We were fully convinced that we were being attacked, or that we had been bombed because when we heard the first explosion, then the second one, our office exploded… we thought: OK, we’re being bombed.”

The instant I saw the first videos of the August 2020 Beirut blast, I knew in my gut that Beirut had been nuked. Two years later I am more confirmed than ever that my gut reaction was correct. What was your gut reaction and what happened to it?https://t.co/BrRt7JXWs3 pic.twitter.com/JsRVeLGkJp

After gaining consciousness, Gherez immediately exited the building that was already rubble ridden with the ceiling starting to cave in

“I remember someone saying that somebody had been injured and I found out later on that someone from that office passed away… That was heavy,” she added.

The 26-year-old sustained several injuries, cuts and even required stitches for her torn tendons.

She witnessed her workmates and random strangers passing away in front of her eyes. The colossal loss of life and mass destruction had Gherez shivering at night and anxious about sitting next to windows or thinking that the ceiling would topple.

Beirut Port: Before and After
These 2 pictures were taken by Khalifa Sat before and after the blast that took place in Beirut on August 4, resulting in severe damage.
We hope that our brothers and sisters in Lebanon overcome these difficult times. pic.twitter.com/xxHxXF5vJC

Gherez made the decision to move back to the UAE with her parents and explained that she is “happy to not live in a state of anxiety anymore.”

🇱🇧#Lebanon: On the second anniversary of the #BeirutBlast, UN experts call on the Human Rights Council to launch an international investigation, saying victims must have justice & accountability.https://t.co/wLTwbHX0xQ pic.twitter.com/lsD599kMd4

Watch The Lovin Dubai Show: A Massage Card Gang Has Been Busted In Sharjah