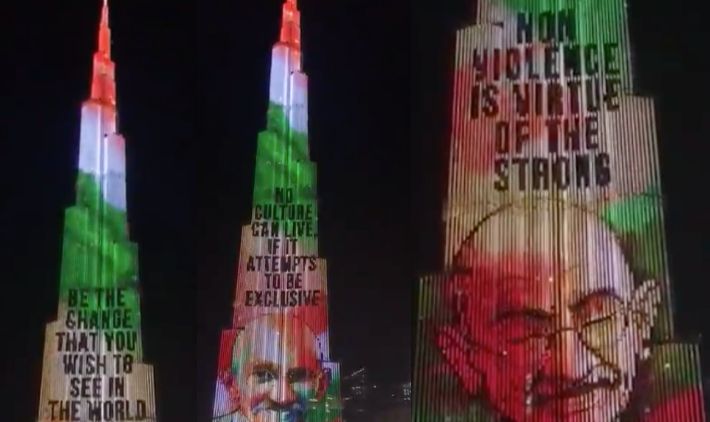 Mohandas Karamchand Gandhi is an Indian hero who became the global face of non-violence! To mark the occasion of Mahatma Gandhi’s 151st birth anniversary, Dubai’s iconic Burj Khalifa will display images of India’s freedom movement leader and global icon of peace on the evening of Friday, October 2, for the THIRD consecutive year in the UAE.

This occasion was given birth to by none other than Gandhi himself, who peacefully fought alongside his comrades to help India attain independence from the British colonial rule in 1947.

Twitterverse was buzzing with images of Gandhi and the Indian flag illuminating the Burj Khalifa back in 2018 and 2019, and the excitement doesn’t seem to be any less this year amongst the Indian residents

Stunning LED display at the iconic Burj Khalifa in Dubai!

Message of Mahatma Gandhi resonates world over as more than 120 locations world over join in paying homage to Bapu on #BapuAt150. pic.twitter.com/4ZYTNaSvee

The grand LED show was jointly collocated by the Indian Embassy, Abu Dhabi, Indian Consulate in Dubai and Emaar Properties

The iconic Burj Khalifa in #Dubai pays a tribute to the apostle of Peace on the occasion of 150th birth anniversary of Mahatma Gandhi.#Gandhi150 pic.twitter.com/B7Xg6KShJU