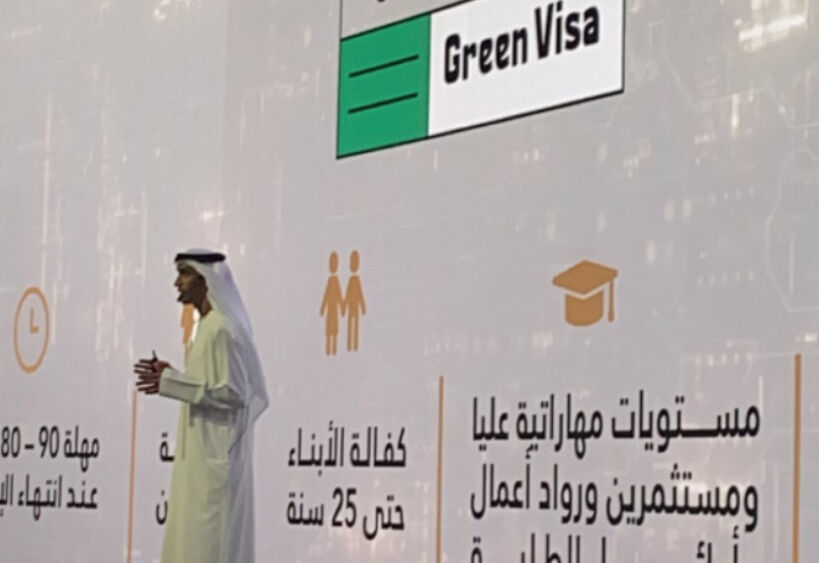 The UAE just announced the launch of a ‘Green Visa’, that’ll basically be issued for residency to pioneers, entrepreneurs and other professionals. Holders of the new visa will be able to sponsor their sons’ visas till they turn 25. Prior to this sons could only be sponsored till the age of 18 here in the UAE.

Moreover, holders of the green visa will also be able to sponsor their parents.

The green visa won’t be linked to companies, thus in the chance the holder loses their job, they’ll have an extended grace period of 90-180 days to exit the country.

“Launching a new residence in #الإمارات It is called Green Visa, and it includes great advantages… and thus achieves success in attracting the most important global talents”

Along with that, a freelance visa was also revealed to the public.

With the regular residency visa, guardians can sponsor their daughters until they are unmarried and sons can only be sponsored up to the age of 18

UAE expat residents, both employers and employees, may sponsor their families in the UAE provided they have a valid residency permit.

Male residents who are employed in the UAE can sponsor their immediate family members, such as wife and children, subject to conditions which include minimum salary of AED 4,000 or AED 3,000 plus accommodation.

More info on this, here.