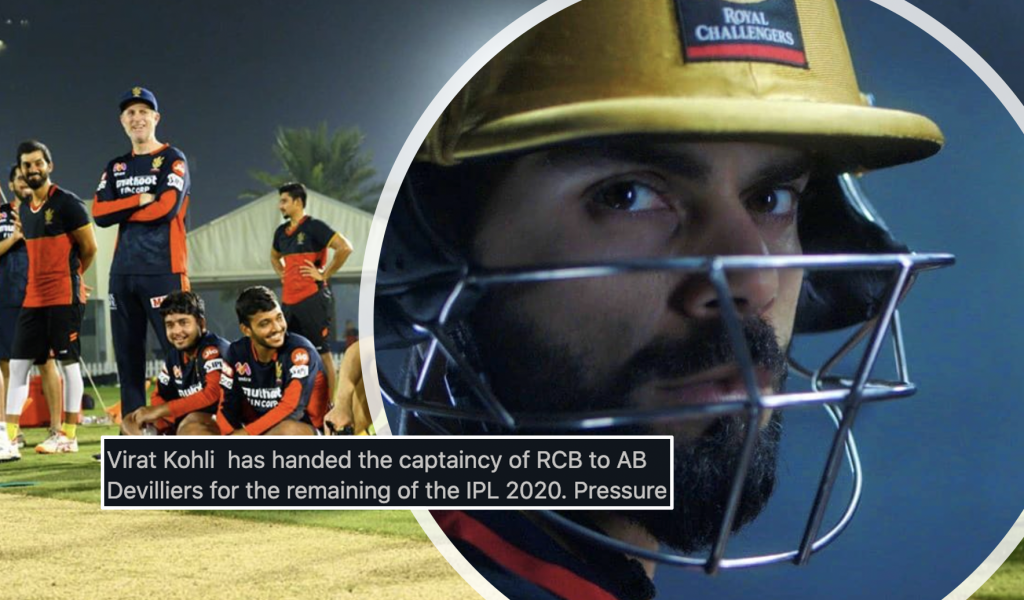 It’s no secret that Indian Premier League, (IPL 2020) is being held here in the UAE this year, and the esteemed and high-profile cricket tournament has come to that nail-biting point where literally ANYTHING can happen. *Anything* can make or break the team’s chances at winning the tournament at this stage.

So with heavy fan expectations, it’s no lie to say that the pressure is ON for the IPL cricketers.

Fan fave cricketer, Virat Kohli who’s been a part of the Royal Challengers Bangalore, (RCB) since its inception back in 2008 and is the current team captain for RCB is facing some serious heat on social media after losing a match to Kings XI Punjab (KXIP) by 97 runs, on Thursday night.

Rumours that the flamboyant cricketer has ‘given up’ captaincy of RCB to his close team-mate, AB de Villiers are doing rounds on the net… and well… there is ZERO truth to that! 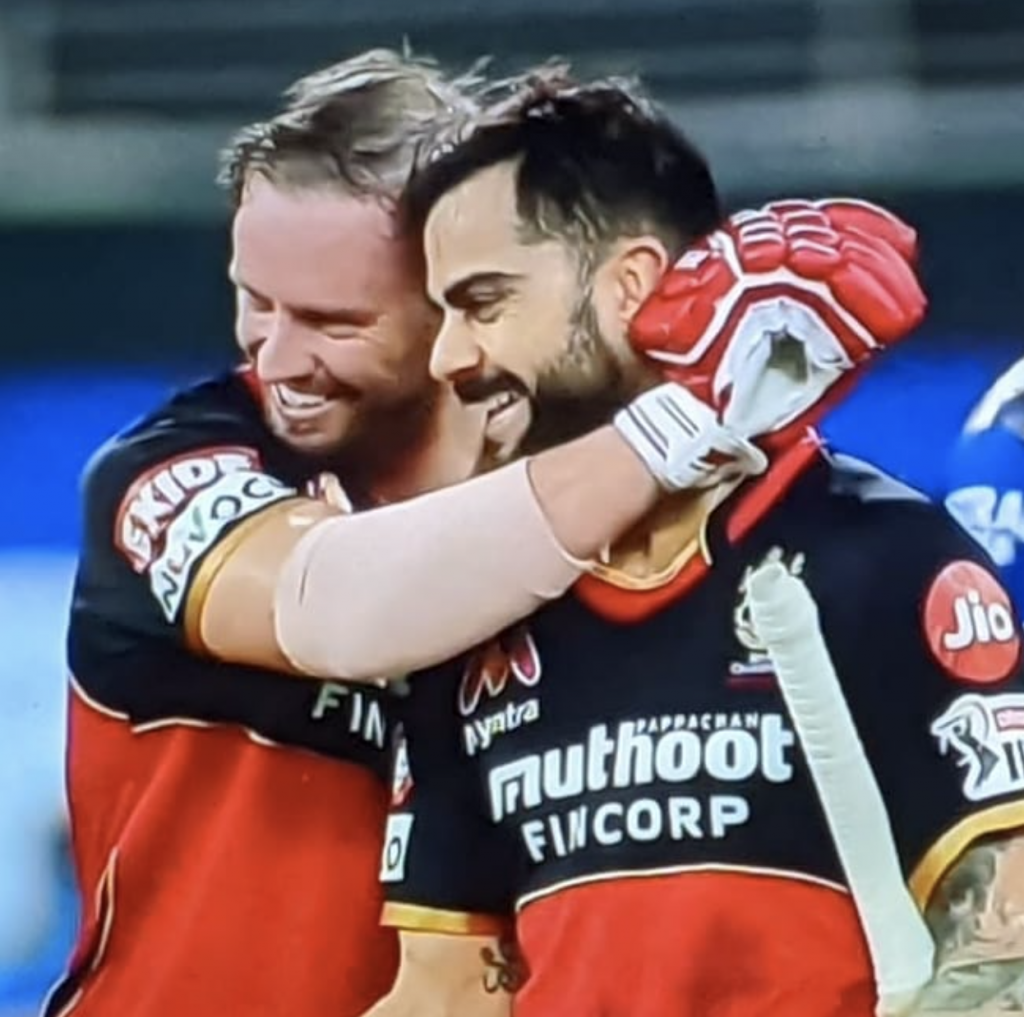 Tweets claiming that Kohli, who leads RCB, is abdicating his captaincy because of ‘pressure’ ain’t nothing but just a rumour

BTW last night was a huge milestone for the flamboyant cricketer, as the match against KXIP in Sharjah marked Kohli’s 200th game for his franchise RCB.

Virat Kohli has handed the captaincy of RCB to AB Devilliers for the remaining of the IPL 2020. Pressure of captaincy is not letting him play his natural game. And also he's really excited to play under @ABdeVilliers17.#PlayBold #IPL2020

Serious competition going on between MSDians and Virat

But this predictably got fans feuding over which captain is better, with viewers trending out the hashtag #KohliVSDhoni on Twittaahh 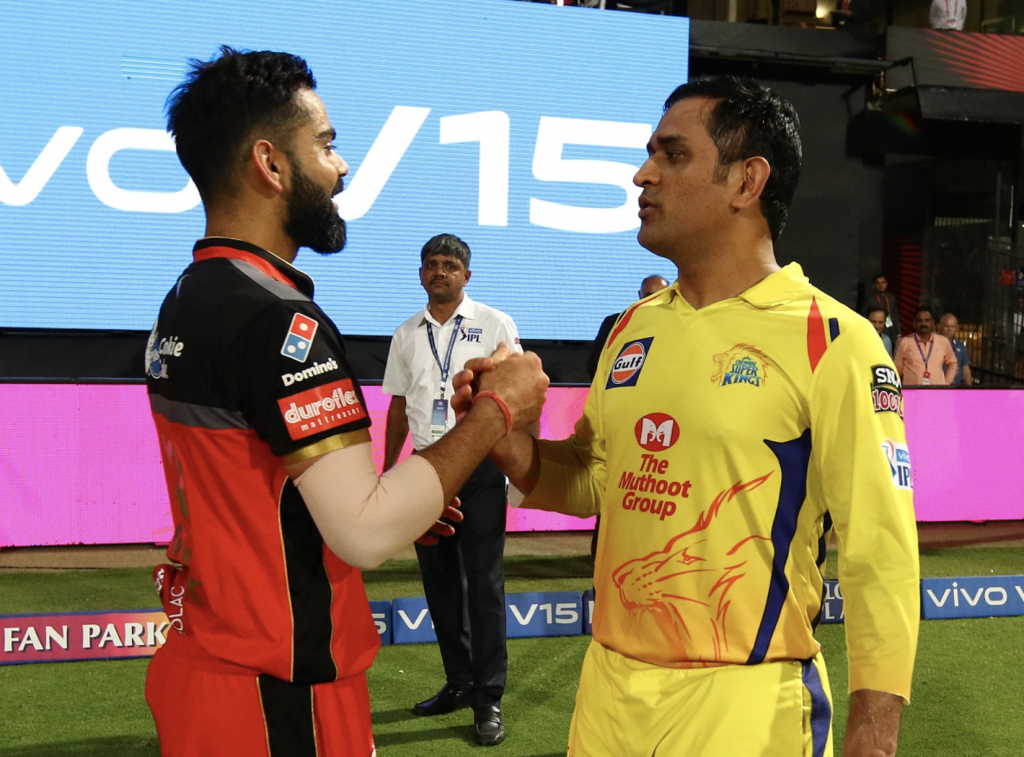 Royal Challengers Bangalore’s next match is on Saturday, October 17 against Rajasthan Royals.