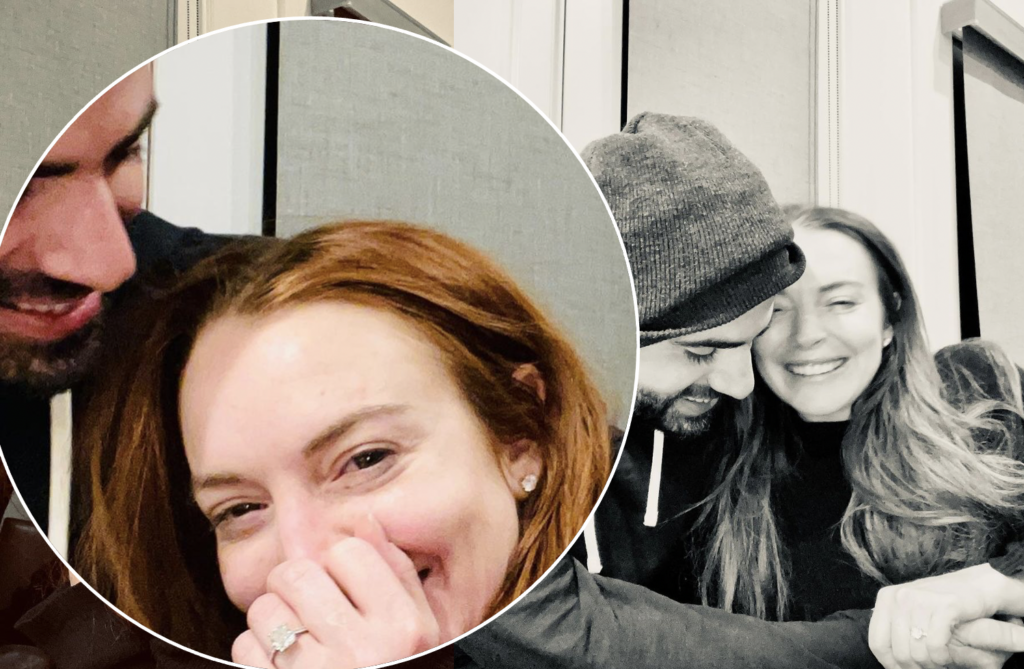 Lindsay Lohan is finally engaged to her Kuwaiti beau of 2 years, Bader S Shammas who is currently the assistant vice president of Credit Suisse!

The Hollywood diva can be smitten beside her now fiancé as she flaunts her engagement ring in her latest Instagram post.

“My love. My life. My family. My future. @bader.shammas #love 💍” read the caption on her engagement announcement IG post!

The two met and have been dating in Dubai for quite a while now so it’s no shocker to her friends and family that Lindsay is finally hitched.

Earlier this year, on July 17 LiLo was spotted in Lebanon with bae…

The two managed to keep their relationship very much under wraps, but the low-key affair is now clearly official.

Although Lohan now lives in Dubai, she is currently back in the US filming for her upcoming Christmas rom-com

The Netflix original will star the 34-year-old in the lead opposite Chord Overstreet.

LiLo has bagged this acting project after an extensive break from the limelight and her fans are over the moon hearing of her new venture.