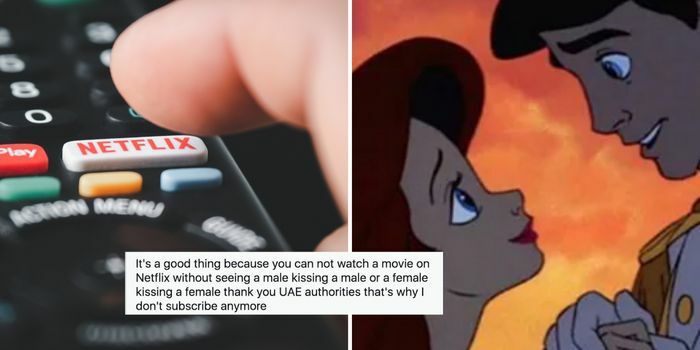 Netflix was the original streaming service that slowly but surely turned the tide on how we watch television.

Gone are the days of multiple ads and waiting one week for new episodes, even movie theatres did a total U-Turn on their strategy when Netflix made its way into living rooms around the world. Then came the Streaming Wars, when Netflix, Disney+, Apple TV and Amazon Prime entered cut-throat battles for your subscription spend, but ultimately, Netflix disrupted television.

And like how social media platforms now face questions about moderation and regulation, so too are the streaming platforms. The major players are born and bred in the United States where moral guidelines differ from that of the Gulf States. And a recent joint statement by The Telecommunications and Digital Government Authority and the Media Regulation Office brought this question to the fore. The UAE government bodies (shortly followed by Cairo and a special committee of the Gulf Cooperation Council) directed Netflix to remove content that violates the UAE’s broadcasting regulations and societal values, adding that they will ‘take the necessary measures if it fails to comply.’ The move follows questions over a recently released Jurassic World Camp Cretaceous cartoon that showed a same-sex kiss. The show is rated for children aged seven and above.

The internet is divided on the announcement, but it should actually come as no surprise that this is happening.

The UAE authorities called for a ban on some Netflix content

While streaming platforms are currently unregulated in the UAE, TV shows and movies that you see at cinemas are regulated under the National Media Council’s Resolution No 20 of 2010 on the Criteria for Media Content (“NMC Content Guidelines”), which applies to all media, audio-visual and print institutions in the UAE. Scenes of movies have always been clipped and chopped, and NMC Content Guidelines require all media companies to comply with specific criteria including respect for the principles of Islamic beliefs and the cultural heritage of the UAE.

“In the UAE and the other Gulf States, it is not uncommon to cut scenes and language that are contrary to religious and commonly accepted social norms” according to UAE law firm Tamimi which added that, “the extent of edits will of course depend on the market and are generally subject to editing restrictions imposed by the producer.”

“This morning, I have cancelled my subscription to Netflix due to some of the movies and the content… doesn’t go with our principle as Arabs and Muslims and our family values”

The move has drawn a mixed response from UAE Netflix users some praising the move, adding that the content of some shows caused them to delete the subscription

Noooooo 😮 I hope this never happens in the UAE. I love Netflix. I like it more than the other streaming services cos of the original Turkish shows and Egyptian films etc. https://t.co/z9oN5Q6fID