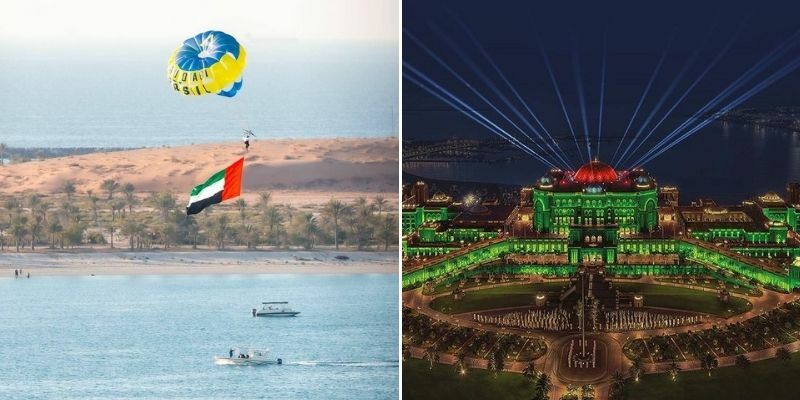 Next week, the UAE celebrates 50 incredible years and as part of the Golden Jubilee Celebrations, the Capital is going BIG with music and dance performances, activities and cultural events.

A programme has been arranged and YOU are invited to share in the success of the nation with 20 events happening across the Capital that are sure to spark the National pride in all of us!

Head to Abu Dhabi’s Corniche, Al Ain and Al Dharfa and Al Maryah Island, where the colourful fireworks displays will kick off at 9pm. There will also be a National Day Fireworks Show at Bawabat Al Sharq Mall on December 2 at 8pm.

But that’s not all. A whole host of regional stars are set to perform, including Iraqi artist Majed Al Mohandis, and Irawui singer-songwriter Aseel Hameem (Emirates Palace, December 1), followed by Hamad AL Ameri at Qasr Al Hosn (December 2) and Ahlam closing the weekend at the Louvre Abu Dhabi on December 3.

The Skydown Show and Formation Jump on December 2 is in partnership with the Abu Dhabi Sports Aviation Club. There’ll also be a flyover of 50 aeroplanes and local pilots using the UAE flag. Spectators can watch the whole thing on a big screen and might WIN prizes, including skydiving, parasailing, and aviation vouchers.

Watch out for the National Day Flash Mob on December 2

Head to Bawabat Al Sharq mall from 6pm – 8pm. This is a MUST. There’ll also be fireworks, the Sheikh Zayed Hologram experience AND a screening of Majilis the Story of the 50th. Both are happening between December 2 and December 4 from 10 am until 10 pm.

And finally, one for the foodies! The Abu Dhabi Culinary Season is in full swing, and over 100 restaurants are offering dishes at just AED50 to celebrate 50 years – YUM!