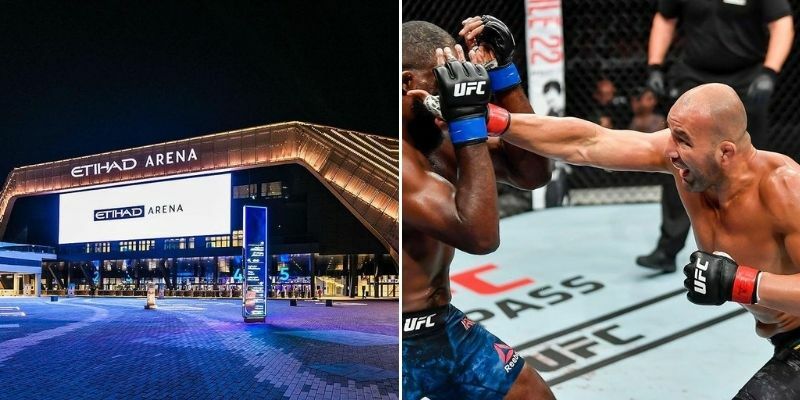 Hurry up and purchase your UFC 267: BLACHOWICZ vs. TEIXEIRA tickets as the demand for the blockbuster event is skyrocketing!

As the conclusion to Abu Dhabi Showdown Week, UFC 267 will be taking place on October 30, offering fans a stacked card at the state-of-the-art Etihad Arena on Yas Island.

In 2020, Abu Dhabi hosted three editions of UFC Fight Island, with the most-recent one welcoming spectators to the event. The success of these contests proved that the UAE capital was capable of hosting major international sporting events in a safe environment, despite the clear challenges. Abu Dhabi Showdown Week, which returns for the first time since 2019, will feature city-wide activities including fan events, fitness activations and much more, ahead of the two championship bout finals at UFC 267.

Demand for the UFC event is testament to the level of trust in Abu Dhabi, which was ranked as the safest city in the Middle East and North Africa (MENA) by the Economist Intelligence Unit.

Because of the overwhelming demand, organisers put a second batch of tickets on sale, but these too have almost sold out!!

You can get your tickets right here: ticketmaster.ae and etihadarena.ae

The main fight will see light-heavyweight title holder Jan Blachowicz in the second defence of his title, this time against the division’s top contender, Glover Teixeira.

Petr Yan will take on Cory Sandhagen in another much-anticipated bout, while Islam Makhachev is looking to extend his 10-fight winning streak when he goes head-to-head with Dan Hooker, a last-minute replacement for Rafael dos Anjos.

Thinking of travelling from outside of Abu Dhabi?

The UAE capital is now open to vaccinated fans from all over the world, without quarantine requirements!

Of course, when you reach the Capital, it’s not just about UFC and there’s plenty more to explore, from food and culture to shopping, nightlife and the world’s greatest theme parks… The list goes on, Abu Dhabi is filled with endless things to do during your visit.

You can get your tickets right here: ticketmaster.ae and etihadarena.ae