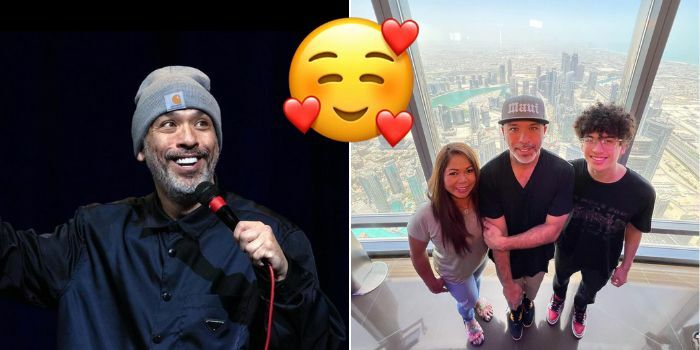 Your favourite stand-up is bringing his long-awaited Funny Is Funny show to the Coca-Cola Arena on September 3 and fans are already buzzinggggggg!

The show will feature all-new, never-seen-before material from the Pinoy-American comedian who famously shares his whole life with the stage. The event is brought to you by Blu Blood, tickets are on sale NOW from AED180 – and you know they’ll sell fast – RUN!

Jo Koy is back in Dubai this September – WHOOP!

Be the first to see his new material LIVE

“I left my heart in Dubai and I cannot wait to get back to share my stories.  Dubai is going to be one of the first to see my new material from my Netflix special before it even gets aired in September”.

Jo Koy has some of the top stand-up on Netflix but you can be there IN PERSON to catch his new material before anyone else. Don’t miss it!

This gig is in partnership with Coca-Cola Arena, Dubai Calendar  and Dubai Summer Surprises

Where? The Coca-Cola Arena