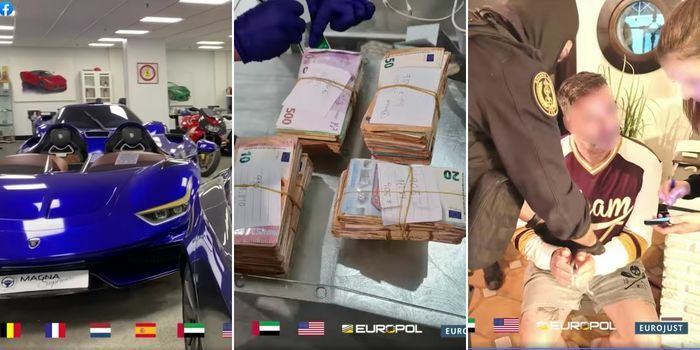 Wads of cash, watches, cars, villas… This is the footage of a European cocaine “super cartel” dethroned thanks to a combined effort between multiple international organizations. 49 arrests were made in total, with six arrests made in Dubai.

Operation ‘Desert Light’ was a global effort to bring dozens of fugitives to justice. The operation, which involved the UAE’s Ministry of Interior, represented by Dubai Police, in collaboration with Europol, a number of European countries, and the United States, resulted in the arrest of 49 members of a transnational gang engaged in cross-border money laundering and drug trafficking.