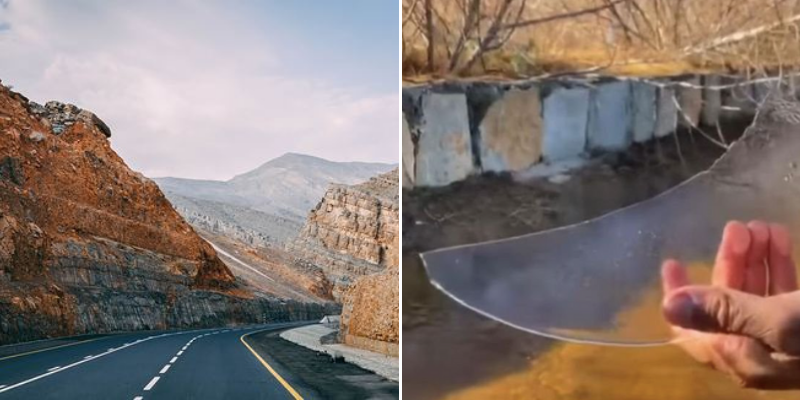 The wind might have calmed down a little bit but don’t put away your warm clothes just yet, the cold weather doesn’t seem to be going away anytime too soon.

According to the National Centre of Meteorology, the weather will be “rather cold during daytimes and cold during night, partly cloudy at times”

The maximum temperature in the country is expected to be between 16 and 21 °C. And, the lowest will be between 6 and 13 °C.

In fact, some frost was also seen as temperatures dipped close to the freezing point

The NCM has issued a fresh weather alert, warning UAE residents that strong winds are expected to blow dust across some parts of the country again today.

This will cause low visibility on some UAE roads, especially in the internal parts of Abu Dhabi. Motorists have been advised to take precautions.