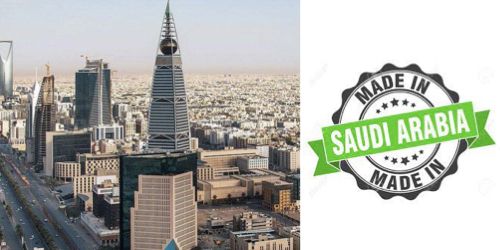 The Made in Saudi campaign was launched just weeks ago and more than 850 companies have already applied to join the incredibly ambitious project.

Faisal Al-Bedah, the secretary-general of the Saudi Export Development Authority, took to a virtual meeting to further discuss the project

The whole idea behind the project is to increase domestic consumption and market share of domestic goods and services, increasing Saudi non-oil exports in priority export markets, and enhancing the attractiveness of the Saudi industrial sector for domestic and foreign investment.

Through this, it will also promote a national identity, boosted the contribution of the private sector to the economy, launched the capabilities of promising non-oil sectors by developing their exports, and enabled the creation of teams through small and medium-sized enterprises and micro-enterprises.

Companies who want to be part of the program can apply online, with an initial verification done through a dedicated website to check companies’ eligibility.

Products should be grown, extracted or produced in Saudi Arabia and fall under one of the listed industries: Construction, textiles, pharmaceuticals and medical, processed foods, or fresh produce.