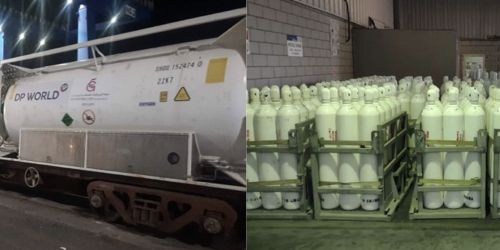 India has thanked Saudi Arabia and other Gulf Cooperation Council member states for supplying liquid medical oxygen in the fight against the coronavirus crisis.

Saudi Arabia, amongst other countries, has been sending help as the country’s local healthcare structures near collapse.

In a series of tweets on Friday, India’s Oil Minister Dharmendra Pradhan also welcomed offers made by Saudi Arabia, and others to supply containers for the next six months and for an assurance of a steady commercial supply of medical oxygen to India.

1.Had close consultations during the last week with my counterparts from Saudi Arabia,UAE & Qatar on ways to increase import of LMO into India. Deeply appreciate the initial gesture of goodwill with complimentary LMO supplies particularly from UAE, Kuwait, Bahrain & Saudi Arabia. pic.twitter.com/XJDkbzcaKB

The Indian oil minister also appreciated the efforts of Indian missions in GCC countries in sending the supplies to their country.