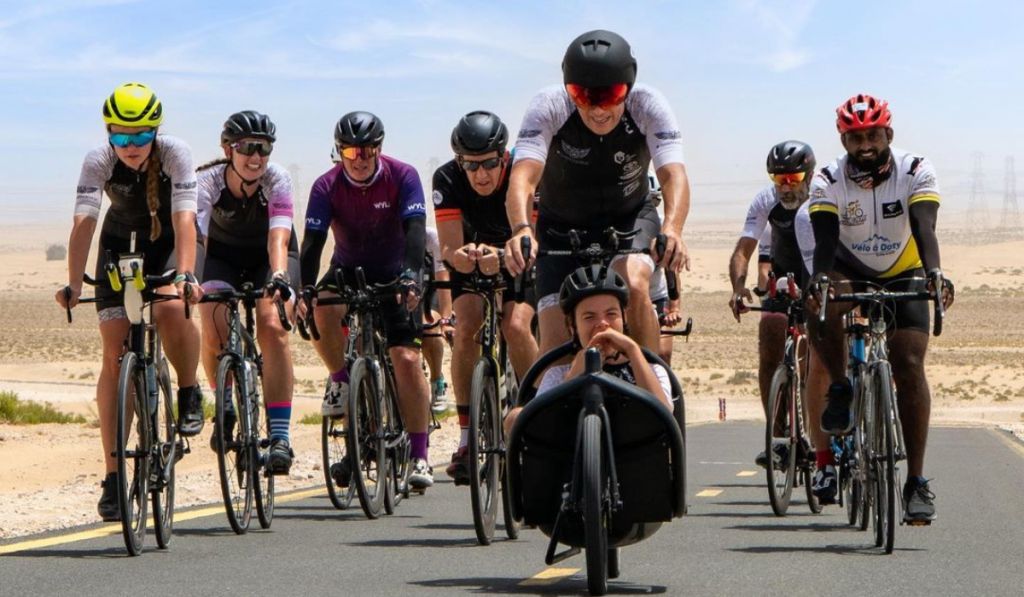 Recently, the family were told they cannot participate at the Ironman 70.3 in Dubai which deeply upset them as Rio was really looking forward to it.

Rio’s Race was not an organized event but anyone, anywhere was super encouraged to participate

Team Angel Wolf took to Instagram to thank everyone who got involved.

we were blown away by how many people came to join Rio at different stages of the day by participating or cheering him on (people of all ages and abilities); so many people helped to be a vital support team; people came to take photos/videos; we are receiving messages of people participating virtually all over the world; we had lots of social media support … THANK YOU so much to you all; we are very grateful.

Listen To The Lovin Daily: Arrests Made After A Publicity Stunt For An Illegal Website Goes Viral