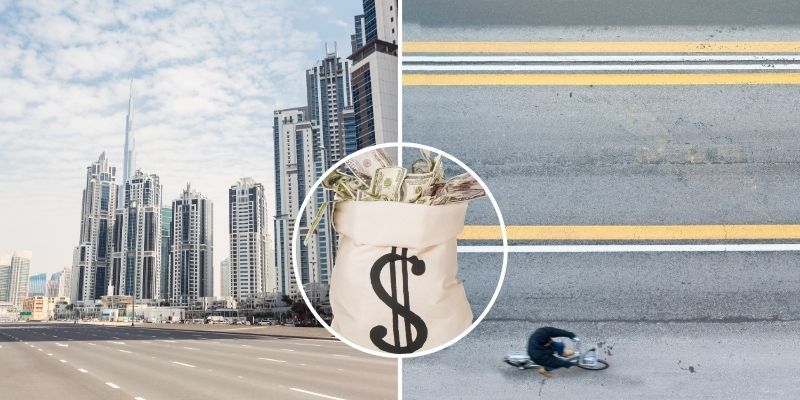 A Dubai man who was spotted carrying AED1million of CASH in a plastic bag has been fined.

The worker was cycling to the bank to deposit the large sum of cash in Naif when he was apprehended by Dubai Police.

Dubai Police fined the man for reckless behaviour, according to reports. There have been numerous cases of robberies when people deposit cash, and police are advising anyone doing cash deposits to do it by car, and for large volumes of cash, for two people to undertake the important job.

The man was not following safety precautions was travelling by bike when the incident took place.

READ NEXT: The Dubai To Sharjah Traffic Is About To Get A Lot Better

If you live in Sharjah but work in Dubai, you must be spending half your day on the road because we know what the traffic is like. God forbid you attempt this journey during rush hour because it is all stall and no rush.

Lucky for you though, Dubai’s Road and Transport Authority (RTA) just revealed a new road project that will dramatically reduce the traffic from Emirates to Sheikh Mohammed bin Zayed Road.