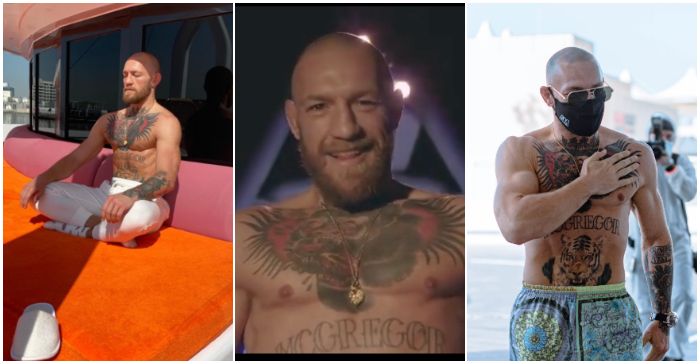 Conor McGregor is the ultimate showman and media machine.

Since landing in the UAE, he’s made people envious with his luxe villa at Kempinski Palm Jumeirah, been spotted on SZR in an open-top Rolls-Royce, spotted at The Dubai Mall browsing watches that come with a price tag of well over AED1 million and now he’s reached Abu Dhabi, just days ahead of his head-to-head with Dustin Poirier, and d’you think he’s done?

Pictured onboard a multi-million dirham yacht facing the Etihad Arena where the fight will take place, McGregor looks like he’s taking a breather to get his head in the game 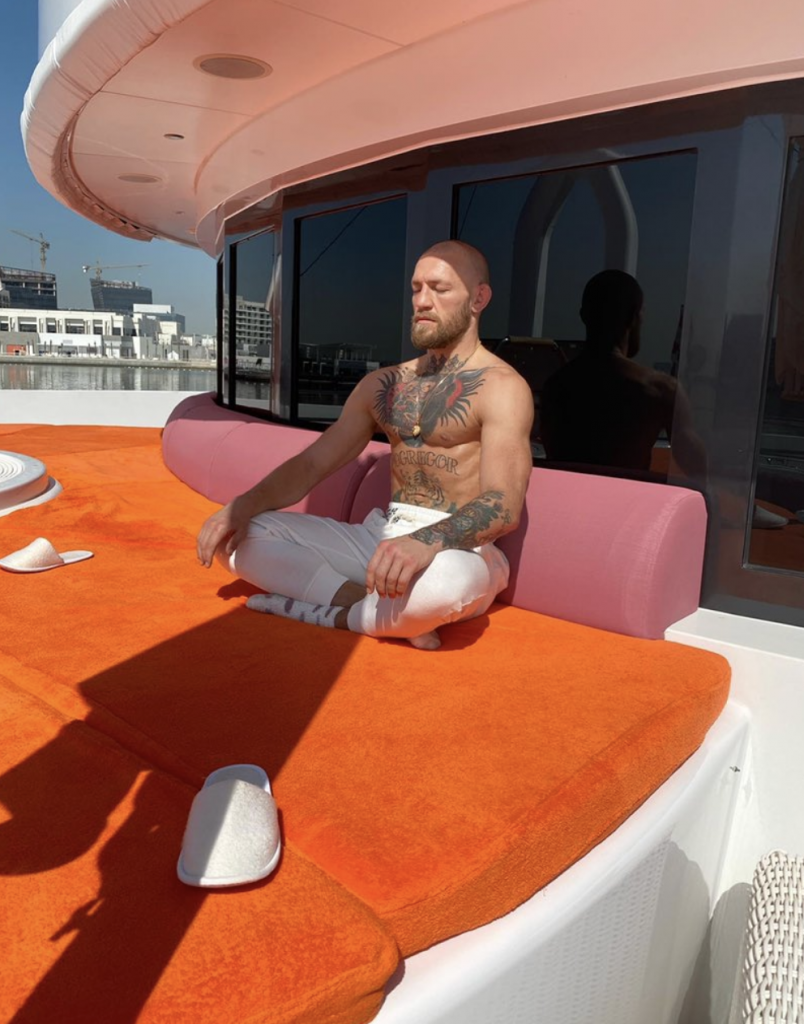 “Fight Island is mine!’ Mystic Mac (McGregor’s physic alter ego has promised to knock Dustin Poirier out in 60 seconds)

Oh, to have his confidence.

Just another shopping trip for McGregor

Read: Your Sneak Peak Inside The Luxurious Life Of Conor McGregor Whilst In Dubai