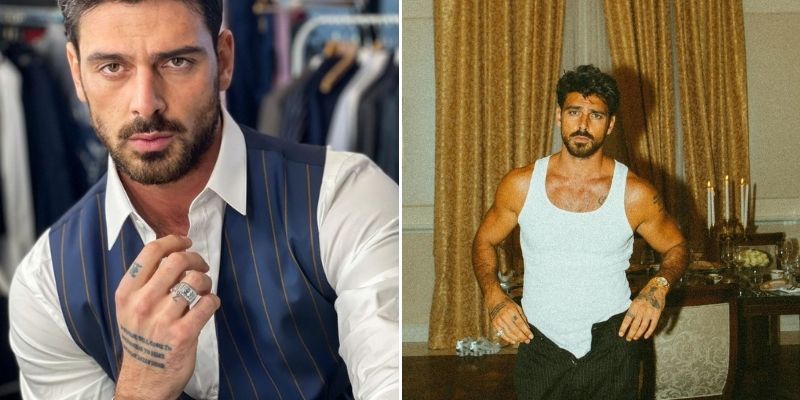 The breakout star of Netflix movie 365 Days, Michele Morone, seems to be hinting at being back in Dubai after posting a couple of polaroids from his fabulous Palazzo Versace suite. It’s been exactly a year since the Italian actor and singer’s previous visit to Dubai (or simply put: that time our colleague Casey didn’t realise she sat in the same resto as him.

Yes girlies, Don Massimo is back in town and we wonder what he’s going to be up to or how long his stay is this time ’round.

Posing it up: the star shares images straight out of his Versace suite

On Thursday, Morone (sorta) announced that they were filming for 365 Days again

A sequel. Could it be?

…because what’s a visit to Dubai with our your face on a balloon?

The hotel’s Managing Director shared this cheeky TikTok video of the actor reacting to the suite’s lavish welcome for him.

READ MORE: Flights Between India-Dubai Will Remain Suspended Until July 25

Flights Between India-Dubai Will Remain Suspended Until July 25

It’s been a long journey since the initial suspension of flights between Dubai-India, leaving everyone asking for updates constantly, completely understandable. Emirates airline’s recent statement is that flights from India, Bangladesh, Pakistan and Sri Lanka will be suspended until July 25.

The airline announced that the suspension of carrying passengers from the select countries came “in line with the UAE government directives” on Sunday via its official website.