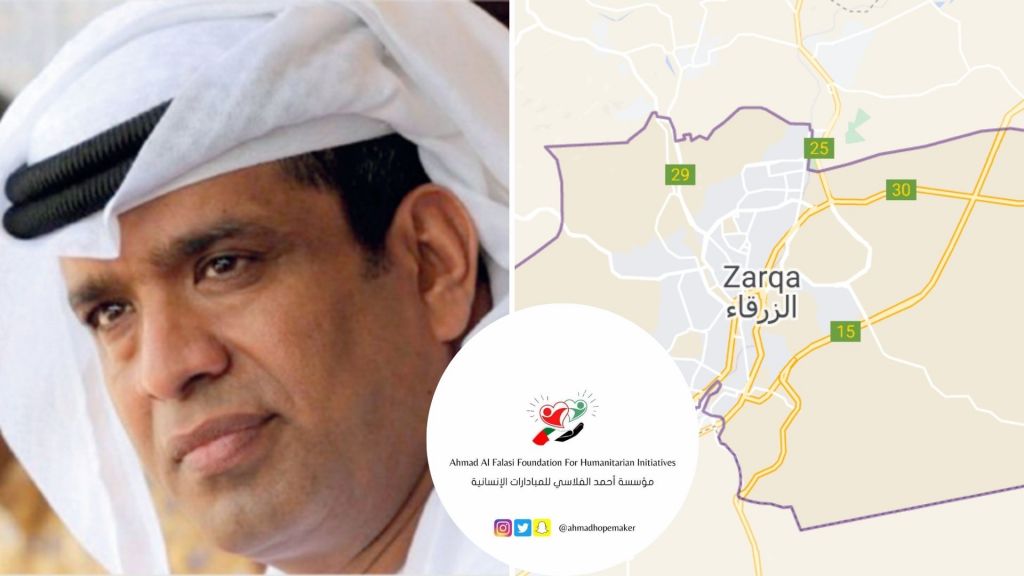 Following the brutal revenge attack that happened last week against teenage boy in Al-Zarqa City in Jordan, that shook the Jordanian society after the 16-year-old , was kidnapped, mercilessly attacked and had his hands cut off and eyes gouged out as a revenge against his father. Which caused a wave of outrage from people all over social media to make it a huge public case.

Emirati Hope Maker Ahmad Al Falasi announced then that he would donate all artificial limbs that are needed for the boy’s recovery. What an amazing act of kindness!

Al Salamu Alaykum, whoever can put me in contact with Saleh, Al Zarqa Boy, I will be taking care of providing him with artificial limbs for his amputated hands, please get me his number, may Allah rewards you all. Son of UAE. Ahmad Al Nazr Al Falasi. Arab Hope Maker 2020

Ahmad Al Falasi, the winner of Arab Hope Makers 2020, the initiative founded by His Highness Sheikh Mohammed Bin Rashid Al Maktoum, is known for always providing help to those in need or with less privilege in countries all over the world, through his foundation for humanitarian initiatives.

Ahmad Al Falasi was then praised by people all over twitter that were following updates on this brutal case, thanking him for his act of selflessness and kindness to help the boy. Hoping that justice would be served against those criminals responsible for this innocent boy’s pain.