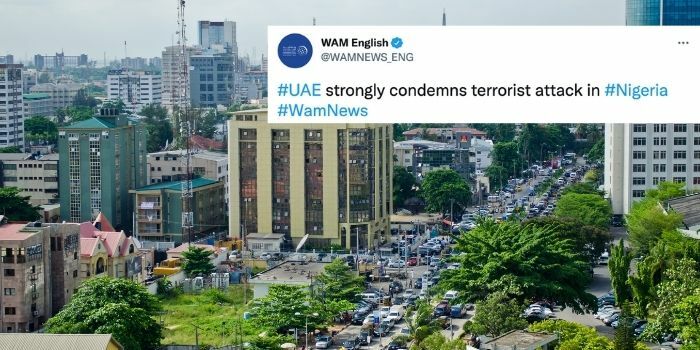 The attack resulted in the death of 2 people and 20 children being kidnapped.

The Ministry of Foreign Affairs and International Cooperation made a statement saying:

Local residents and the community leader stated that 13 girls and 7 boys, between the ages of 12 and 15, were kidnapped on Thursday. The attack happened in Piyemi village which is near Chibok town, where 8 years ago the group Boko Haram abducted more than 200 schoolgirls. That attack created an international outcry.

The UAE and its ministry expressed their sincere condolences to the families of the victims. The ministry is praying for the safe return of the kidnapped children.

The UAE confirmed that two missiles were launched by the Houthi terrorist group, aimed at the Capital. The UAE armed forces intercepted the ballistic missiles and they were shot down. Thankfully, no casualties were reported.

Listen To The Lovin Dubai Show: BREAKING: Two Missiles Fired At Abu Dhabi Were Shot Down This Morning