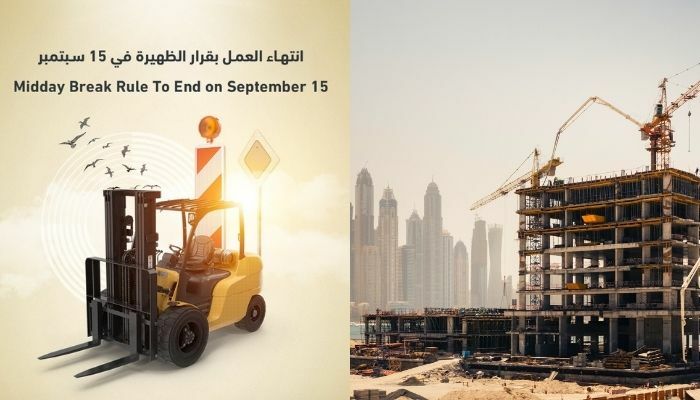 The weather is still hot during the day, at around 49 degrees celsius as it’s mid-September. But with time, it’ll start cooling down and the humidity will decrease. As a result, UAE outdoor workers will see slightly different work schedules.

The Ministry of Human Resources and Emiratisation just announced that outdoor workers work schedules will change slightly as the weather begins to improve.

The midday break for UAE outdoor workers will come to an end on Wednesday, September 15 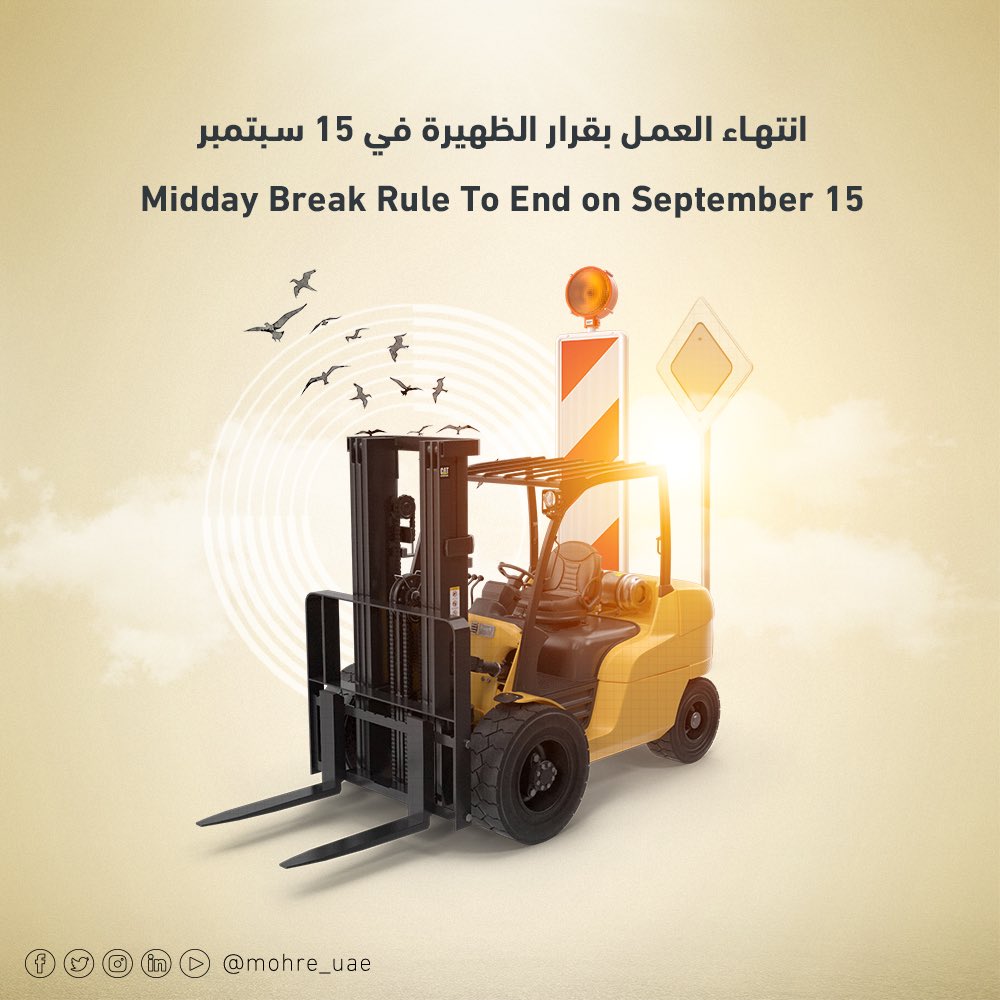 UAE outdoor workers will no longer take a break from 12:30pm until 3pm

The Ministry of Human Resources and Emiratisation will terminate the decision of banning work performed under the sun and in open spaces during the summer time.

The decision was first introduced on June 15. Outdoor workers were banned from working at 12:30pm until 3pm when the sun is at its highest, if the job is to be performed under the sun and in open spaces. 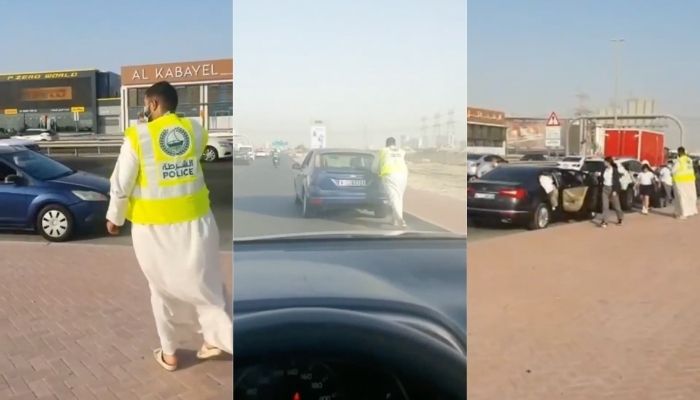 Read Next: A Policeman Assisted In Moving A Vehicle That Broke Down In Dubai

A Lovin follower shared a video to our DMs that highlights exactly why residents love the country. The video shows a policeman assisting in moving a car that stalled on Hessa street.

The car had a family and children that got back from school. The policeman led them to his vehicle while he pushed the car to get it started in case it was a battery issue. But regardless of the technical difficulties, the children sat in the vehicle because it was too hot outside. Friends of the family then came to the rescue!

Listen To The Lovin Dubai Show: The UAE Names 38 People On Its Terror List