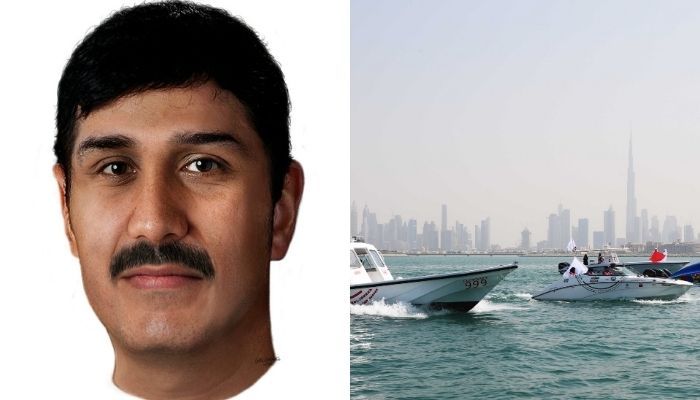 Dubai Police are seeking the help of the public to identify the man by using 3D Facial Imaging. If you have any helpful information please call Dubai Police Call Centre on 04 901.

An elite team of coroners, digital forensics experts, and professionals from the General Department of Artificial Intelligence at Dubai Police worked tirelessly to compile an identikit of deceased using the latest technologies in digital facial reconstruction.

Brigadier Ahmed Matar Al Muhairi, Deputy Director of the General Department of Forensics and Criminology stated that the decomposition was severe due to the climatic conditions and the direct exposure to marine organisms.

Identifying the man was almost impossible because there was no match on the deceased’s DNA in the Department’s database. Fingerprint matching was also out of the question due to the decomposition.

Forensic experts started with the collected vital data, and discussed with their counterparts at the Digital Forensic Evidence Department constructing a three-dimensional image of the deceased to help members of the public identity the remains

The forensic team were able to identify the man’s race, hair color and more from the initial anthropology report

A forensic consultant at Dubai Police by the name of Dr. Yunus Al-Balooshi, explained that the deceased’s skin colour and tone had almost completely disappeared. With the help of forensic experts, they were able to determine he had moderately pigmented brown skin, identifying him as Asian or Middle Eastern.

Listen To The Lovin Daily: Women Drivers Are Better Than Men In UAE