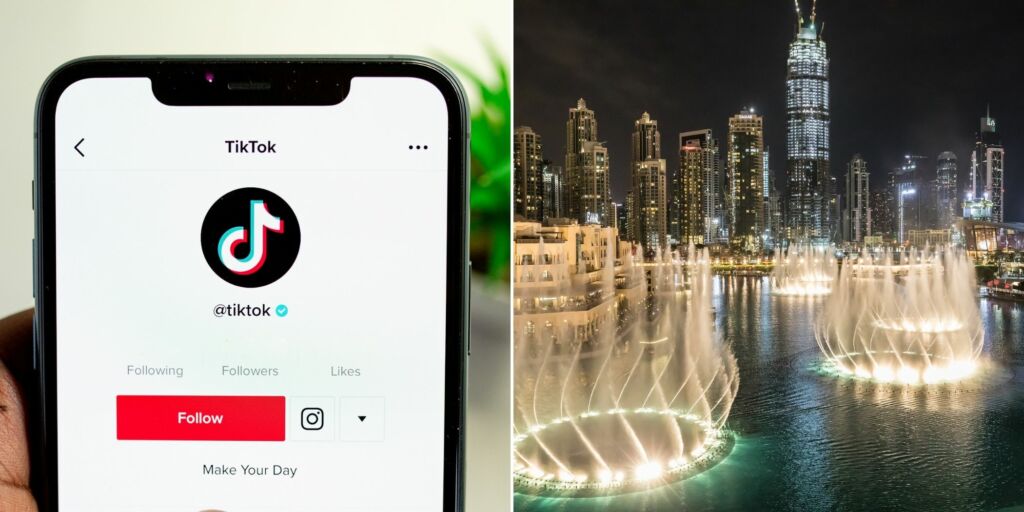 Love it or hate it, TikTok has taken over the digital realm.

It was during peak COVID when the Chinese short-form video-sharing app crept into our lives… and never really left.

Be it entertainment, promotions, skits, dance, motivational videos, quickie tutorials, or vlogs, this app has pretty much changed the manner in which content is both produced and consumed.

And it’s no shocker that in recent years Dubai has become the HUB for creatives. The city boasts unparalleled aesthetics and charismatic architecture that makes it the ideal spot for TikTok backdrops. So, with all the intrigue surrounding this city, is it any surprise that Dubai has ranked #1 globally for “highest TikTok Views”?

Beating London and NYC, the UAE’s golden child has bagged the first spot by a huge margin, according to the World Index

Cities With The Highest Tiktok Views:

Earlier this year a study conducted by Bounce, titled the “TikTok Travel Index 2022”, ranked Dubai as the top most popular travel destination according to TikTok

“Synonymous with wealth and luxury, Dubai has become one of the most sought-after destinations for holidaymakers who want to soak up the sun in style. This ultra-modern city is home to some of the world’s most astounding architecture, such as the tallest building on Earth, the Burj Khalifa,” elaborated the Bounce index. 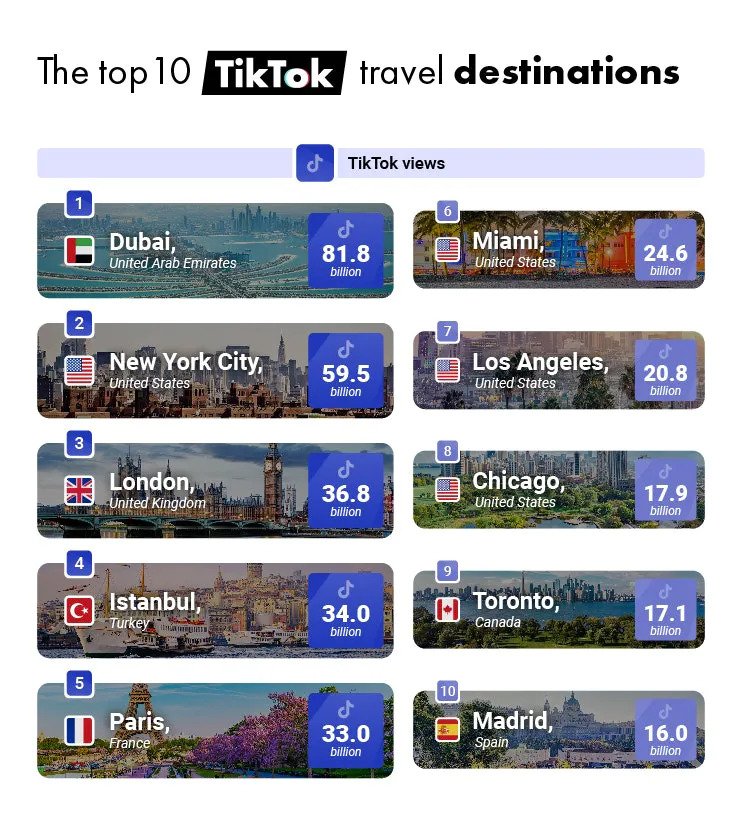