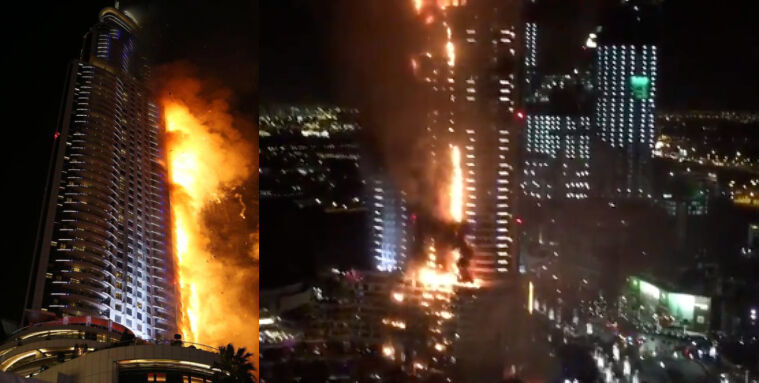 Back in 2015, New Year’s Eve in Dubai saw the city on high alert as visitors and residents came to know of a fire at the Address Downtown hotel.

Visuals of the tragic incident made headlines around the world, all eyes were on the hotel and all prayers with its guests.

However, soon after making the payment Orient took to Dubai Courts to lodge a civil case against the contractors of the 63-storey hotel, implying that the faulty design, construction, and maintenance resulted in the spread of the fire. Reports state that the insurance company pressed for the “AED1.24 billion to be repaid to them, with a 9% interest from the date the case was lodged on November 30, 2016.”

Last Wednesday, the Dubai Court of Appeal ruled in favour of the contractors (including industry giants such as Belhasa JV, Arabtec, Atkins, ALEC Engineering and Construction, Mirage and GAJ)

Mohamed ElGhatit from OGH Legal, which is representing ALEC Engineering and Construction, one of the contractors in the case, told Arab News that the findings of the committee confirmed there were no errors in the building’s construction.

“Therefore, the claim that the fire was the contractors’ fault was false,” ElGhatit said.

The ruling is subject to appeal within 60 days.

Sadly and again if we look at the Address Hotel fire,

The Lovin Dubai Show: The Full Cast Has Been Announced For Netflix’s New Show ‘Dubai Bling’