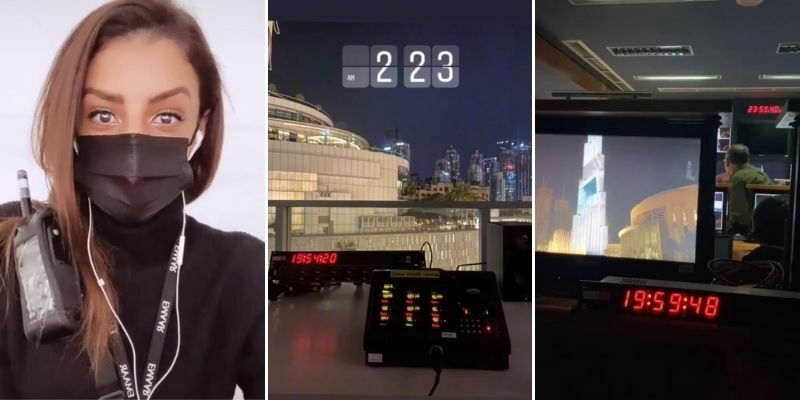 A TikTok creator is sharing her experiences working behind the scenes on the Burj Khalifa New Year’s Eve show. Dounya, aka dounyazin is giving us a rare glimpse of the control rooms where the New Year’s Eve countdown takes place and the entire show is monitored, and the countdown footage is going viral.

Dounya calls it the most ‘stressful and invigorating part of the year’, and she even teased some surprises for this year’s show, which the team is already gearing up for.

New Year’s Eve is a big night of celebration in Dubai, the Burj Khalifa is famous for both its fireworks and laser shows, which draw hundreds of thousands of people from all over the world to Downtown Dubai to witness the stunning display on the world’s tallest building.

“The most stressful & invigorating part of the year”

@dounyazinThe most stressful & invigorating part of the year is coming up soon!! Hope you guys will enjoy this year show 🥰##ihaveacooljob ##NYE ##fypシ♬ original sound – Dounya

Every year new surprises drop, and Dounya’s page is teasing something special for this new year show

It’s tense work, but someone’s gotta do it!

@dounyazin##whenitellyouihaveacooljob ##dubai_____ ##downtowndubai Going over memories of the previous NYE while getting ready for this one .. stay tuned♬ original sound – ug

Not just NYE content, she Dounya also shared her experience with taking the UAE Arabs to Mars coverage live on the world’s tallest building

@dounyazinWhen you realize you are about the enter the period of the year where there is no sleep! ##letsdothis ##NYE ##sleepisoptional♬ original sound – L

Read next: EVERYTHING You Need To Know About Expo 2020 Dubai

It’s officially day 2 of Expo 2020 Dubai being open to the public and it’s still the number one trending hashtag on Twitter, which ultimately means its THAT big of a deal! We’re gonna drop the 101 on EVERYTHING Expo so you know exactly what you’re walking into.

What is Expo? What are the pavilions? What are the sub-themes? And the most important question of course, do they really have over 200 restaurants at expo? All your questions will be answered right here!