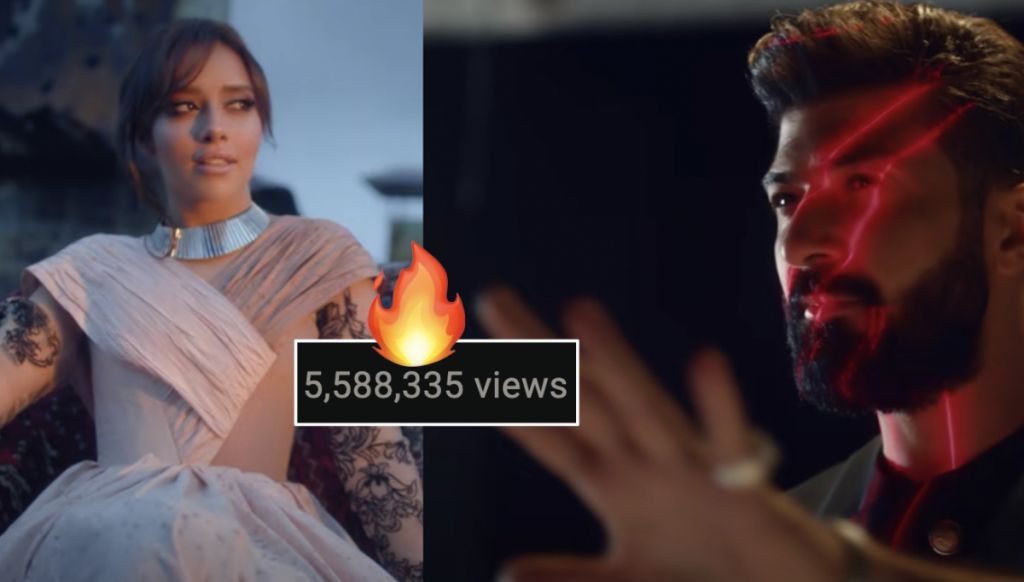 If the weather wasn’t enough, Yemeni-Emirati singer Balqees Fathi and Saif Nabeel are heating things up with the drop of their latest duet, Momken.

The duo took to YouTube to gift their fans this visual treat on the first day of Eid al-Fitr and delighted fans FLOODED the comments section with adoring reactions!

Within mere hours of its release, the video garnered hundreds of thousands of views and eventually hit that 5 MILLION mark within three days… this, ladies and gentleman, is what you call sheer star power. With vocals and visuals on fleeeeek, the SciFi glam video screamed success!

Dominating over the hearts of the Arab world, Balqees and Nabeel’s Momken bagged the #1 spot on YouTube in the UAE and KSA

Being part Emirati Balqees is definitely no stranger to Dubai!

The 32-year-old has not only performed at multiple concerts here in the city but has also earned a star on the walkway of the Dubai Stars (Dubai’s rendition of the Hollywood Walk of Fame).

Saif Nabeel has had quite an artistic career! From being a judge on Iraq Idol and modelling to reppin’ the ‘top 50 most-streamed Arab singers on Anghami’ title, Nabeel ain’t one to just sit around

Just last year in August, Nabeel graced Dubai with his presence and performed live with Mohammed Assaf at the Dubai Opera.

The Next Long Weekend In Dubai Will Last For 6 DAYS!

So in exciting news, UAE peeps can expect a 6-day long weekend after 10 weeks, around Monday, July 19 on the occasion of Eid Al Adha
But the dates as usual will be subject to moon sighting and will have to be confirmed by the UAE officials.

But if the dates go as per prediction then private and public employees could get to enjoy three days off plus the two day weekend! so that’s July 19 till July 24.